A career is a major component of individual satisfaction and financial well-being. In the United States, individuals are likely to pursue employment in companies that offer them higher earnings potential, opportunities for advancement, and great benefits.

To help identify top-paying companies in the US, sources such as Glassdoor compile the reported salaries from current and former employees so that job seekers can understand the pay level at different organisations. These sources are continually updated and list the current performance of each company in terms of median annual base salary by rank.

This article will explore some top-paying companies that consistently appear on lists compiled by Glassdoor and other sources. We have also provided valuable insights into their various industries and expected job roles available within these firms to help you get started on your career journey.

See How Much the Biggest U.S. Companies Pay Workers

Google, the tech giant, comes in at number one on the list of top 10 highest-paying companies. With a median total compensation package exceeding $246,000 per year, career opportunities in tech and engineering make Google a great option for those seeking lucrative job positions. Google’s corporate headquarters are located in Mountain View, California and the company also has offices scattered across the United States and abroad.

Perks of working with Google include competitive salary packages, furniture benefits, and extensive vacation coverage – just to name a few. In addition, employees at this tech giant receive generous health benefits such as confidential counselling services and preventive care programs as part of their employment package.

In addition to that impressive compensation package, Google offers numerous internal programs to help female-identified employees reach their career goals. These include access to career development classes and hundreds of training resources like individualised coaching sessions available exclusively through internal websites like the Women@Google site.

Amazon is one of the highest paying companies in the United States. Headquartered in Seattle, Washington, Amazon is the second-largest employer in America and one of the world’s biggest corporations. The company specialises in e-commerce, cloud computing and artificial intelligence and pays its employees an average salary of $150,755 a year. 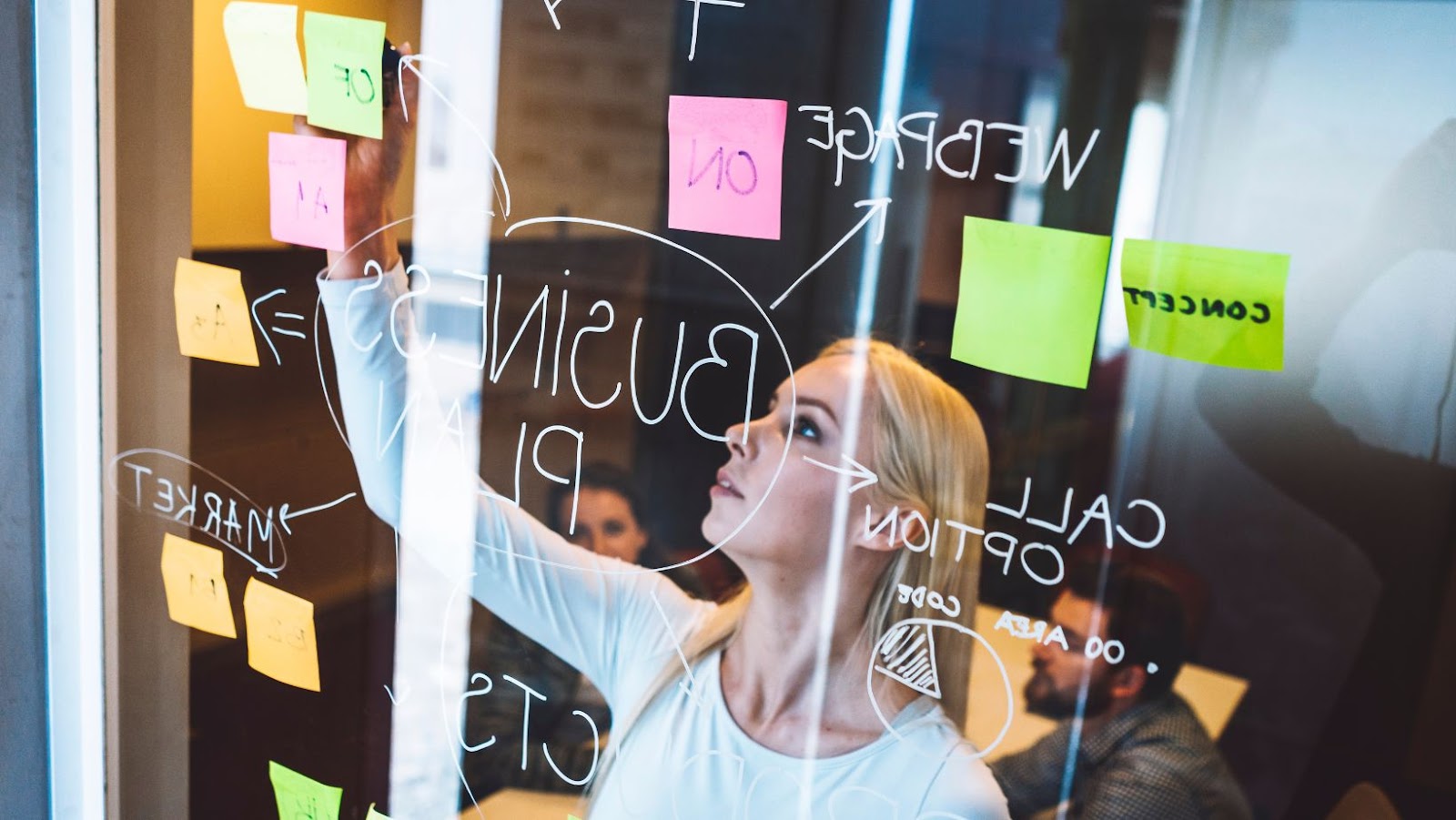 While many Amazon employees are based at corporate offices throughout the country, they also benefit from perks such as Amazon Prime membership discounts and tuition assistance programs. In addition, employees may take advantage of health care plans that include medical, dental and vision coverage with no premiums or deductibles for some plans to help meet their financial needs. Additionally, eligible employees can participate in 401(k) matching plans with up to 6 percent of their wages being applied as deductions from their paychecks.

Employees are also offered flexible work schedules with various options for remote work opportunities, gifts for new parents and other benefits like family leaves so they can juggle work-life balance needs without compromising on their job responsibilities.

Apple Inc., an American multinational technology company headquartered in Cupertino, California, designs, develops, and sells consumer electronics, computer software, and online services. Apple is one of the world’s largest technology companies by revenue and the most valuable publicly traded company by market value.

Apple is well-known for its strong compensation and benefits packages for employees. For example, Apple’s reported median employee salary was $55,426 as of 2018. In addition, the tech giant offers stock options to all its employees so they can share in the company’s growth. Employees also have access to generous health insurance programs and holidays with paid time off. According to Indeed rankings of the highest paying companies in 2019, Apple came in fifth place out of a list of ten companies with a median salary of $120k per year.

Facebook is ranked number two on Forbes’ list of the top 10 highest-paying companies in the United States. Based in Menlo Park, California, the company was founded in 2004 and currently employs nearly 46,000 people.

The company specialises in social media and communications technologies and boasts some of the most cutting-edge products available. As of 2021, Facebook’s annual revenues are estimated to be approximately $86 billion.

According to LinkedIn data from 2021, Facebook’s average base salary for employees is $182,804; its median salary is $157,770; its average total compensation package is $219,232; and its average equity award value is $64,665–the highest among any U.S.-based corporation. In addition, the company provides generous benefits packages for its employees including robust medical plans with no employee contribution required; flexible spending accounts (FSA); 401(k) retirement plans with matching contributions up to 6%; stock options; and more. Moreover, many employees report a positive work experience at Facebook due to employee wellbeing initiatives like health challenges and fitness classes at their headquarters.

Microsoft has climbed the ranks to become one of the highest-paying companies for U.S. employees. On average, employees of Microsoft make just over $140,000 per year, with some areas and positions paying even more.

Microsoft is a technology company specialising in software and hardware solutions for businesses and consumers worldwide. Founded in 1975, Microsoft is now one of the most recognizable tech companies in the world, offering products such as Office 365 and Windows 10 to its customers across industries.

Microsoft offers competitive salaries for its employees, from software engineers to product designers. Additionally, Microsoft has a wide bonus package that includes up to twenty days of paid time off annually and a range of other benefits like stock options, tuition reimbursement or discounts on services or technologies the company offers.

With jobs available wherever technology makes an impact, this global industry leader is sure to remain at the top when it comes to attracting talent with competitive pay packages and strong benefits offerings.

JPMorgan Chase is one of the world’s biggest, most successful companies. The company is a global financial giant and the largest bank in the U.S. By some metrics, it’s considered the most valuable brand in banking. The average base salary for JPMorgan Chase staff is $104,089 and average total compensation ranges from $150K to $160K depending on the role.

According to Forbes magazine, JPMorgan Chase has a culture of strong corporate integrity, accountability and performance that has earned it recognition as one of America’s best employers and best companies. As far as benefits go, there are key improvements over JPMorgan’s predecessor that make it attractive for potential employees:

These benefits create an attractive environment for those seeking higher salaries and better growth opportunities within a stable corporate structure.

Established in 1869, Goldman Sachs is a global investment banking, securities and investment management firm that provides financial advisory and capital raising services worldwide. Headquartered in New York City, Goldman Sachs is one of the world’s largest and highest-paid services firms and is ranked #1 on Glassdoor’s list of The Top 10 Highest-Paying Companies in the U.S.

With soaring revenues from its operations across the globe and skilled staff members from around the world who are paid well above market standards, this financial giant has remained one of the most prestigious employers in finance.

Each division operates independently and provides specialised services tailored to their specific client needs with a diverse range of high quality products and solutions. They are also engaged with innovative businesses throughout private equity investments made by Goldman Sachs Principal Strategic Investments group which focuses on early to growth stage companies seeking capital for growth or scale up expansion purposes.

Walmart is a multinational retail corporation founded in the US that operates a chain of discount department stores and warehouse stores. It is one of the largest private employers in the world with over 5 million employees worldwide. It is also one of the top-paying companies in the United States. It was recently ranked as one of Gallup’s 10 most admired companies in 2019 and included on Forbes’ Global 2000 list of world’s largest public companies.

For 2020, Walmart had an average salary of $58,519 per year and a median salary of $52,318 per year according to Glassdoor. Furthermore, employees reported receiving excellent benefits such as vacation pay, 401(k) matching programs, health insurance coverage and discounts on products sold at Walmart stores. Walmart employees also receive discounts on airline tickets, rental cars and hotels through various organisations such as Hotels.com and Expedia.

Walmart is committed to creating an inclusive working environment where people from all backgrounds can be employed based on their potential rather than their background or experience level. The company strives for respect for everyone regardless of race or gender. It uses an “Everyone Matters” approach to diversity—empowering its employees to feel valued and appreciated by their employer.

Bank of America is one of the most recognizable and successful names in banking, and with good reason. It is currently considered one of the top 10 highest paying companies in the U.S., paying its employees an average salary of $86,100. That’s over 20% higher than the national average for all industries.

At Bank of America, employee retention rates are high – a testament to its commitment to career growth opportunities and strong workplace culture – contributing to its high rankings as one of the top 10 highest-paying companies in the U.S. Workplace practices like flexible work arrangements have been institutionalised since 2016, creating an inclusive environment where employees feel supported. The company also offers financial wellness courses tailored specifically to each employee’s needs through its exclusive Gita program designed to help make life easier for those juggling financial commitments outside their working hours.

Wells Fargo & Company is an American multinational financial services company headquartered in San Francisco, California. It is one of the largest banks in the U.S. with over 70 million customers and 5,400 stores throughout the country. In addition, Wells Fargo offers banking services, investment solutions, credit cards, mortgage products and enterprise services.

The banking giant has a strong presence all over the continent operating more than 9300 branches and 13000 ATMs throughout Europe, Asia-Pacific and Australia. It also provides online and mobile banking support and wealth management services for individuals, families and businesses of all sizes throughout its extensive branch network.

Working at one of the top 10 highest-paying companies in the U.S. can offer a great opportunity to make a generous salary. This article will explain what these companies offer their employees and how much the biggest U.S. companies pay workers. We’ll look at the salary breakdowns for various positions and evaluate how the companies stack up against each other.

When researching salary information for employees at the top 10 highest-paying companies in the United States, it’s important to consider the many variables influencing salary figures. These include such factors as years of experience, type of degree earned, job title and location.

The following table provides data on average salaries from the top 10 companies in terms of average salary as reported by PayScale:

The highest-paid executives in the U.S. come from some of the most powerful companies in the world, including tech giants like Google and Amazon, among many others. While these top executives make significantly more money than their average employees, it reflects their vast experience and expertise in running one of the world’s most successful businesses.

Below is a breakdown of the highest pay packages for company executives, as reported by Forbes:

The U.S. job market is constantly changing and the salaries for the top 10 highest-paying companies in the nation can vary significantly from year to year. According to data from the U.S. Bureau of Labor Statistics, these are some of the highest-paying occupations in 2019:

Note that these are only median figures; actual salaries may be significantly higher than what is listed here. 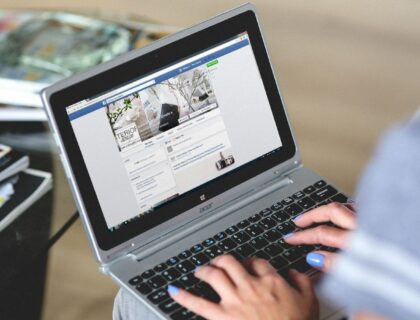 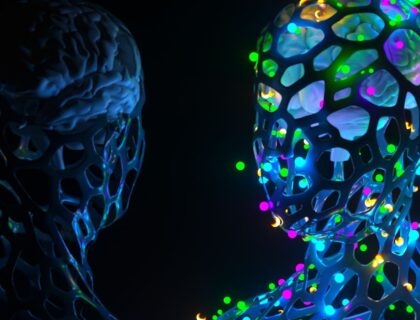